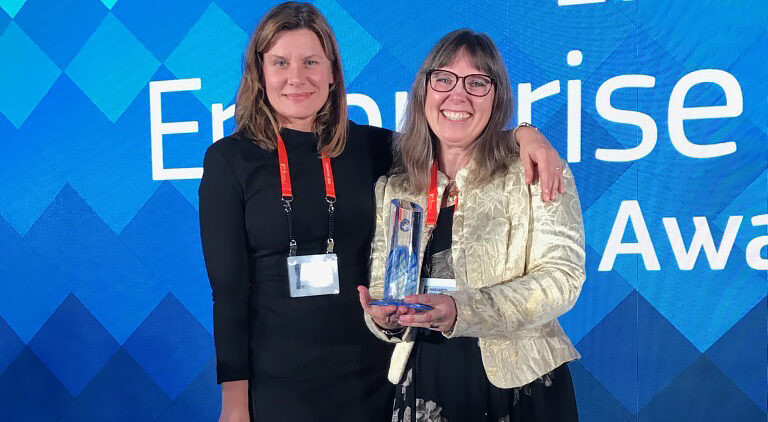 –  The award is yet another acknowledgment that the public funds we use, including EU funds, are used wisely and that also EU see the project’s fantastic results – the many jobs created by the member companies and their contribution to better health in the Nordics as well as internationally, says Margareta Wallentén, project manager for HealthTech Nordic at Innovation Skåne.

European Enterprise Promotion Award awards the best European projects which support startups and entrepreneurship. Projects from all over Europe compete in six categories. HealthTech Nordic competed and won in category four, Supporting the Internationalization of Business. This year’s awards were presented during a ceremony late Tuesday in Helsinki, Finland. The European Commission’s European Enterprise Promotion Award has run continuously since 2006.

Already in July this year, the The Swedish Agency for Economic and Regional Growth (Tillväxtverket) announced that HealthTech Nordic had won the national Swedish award which preceded the nomination for the European competition.

Smart pill tracker reduces missed doses by over 80% – According to the World Health Organization (WHO) 50 percent of patients miss [...]

KAMU Health – Digital control and therapeutics for respiratory care. – With good care, most asthmatics can lead a secure and balanced life. The secret [...]